Quality Made Light Bar for Your Choice!

Lights are built-in EMC for EMI/RFI protection, resolve the issue of radio interference and flickering

Bought this light to mount in the grill of my new truck and wasn’t sure I could make it fit. So I bought this one cause of the price and was going to replace with a way more expensive brand later. But now I have it mounted it looks great and is super bright with great distance of view. Have lights that cost 10 times more on my other trucks and this light out shines them

The media could not be loaded.

The first thing that caught my eye about this bar is how it looks. It's sleek. It's modern. It looks like it should be mounted on a Tesla Cybertruck, if it wasn't designed by the worst person on earth.Regular light bars look dated, like the golden oak cabinets at your parent's house, or permed mullets before they came back en vogue.I am pleased to announced that not only is this light fashionable, it is also functional. It's built like a brick fecal-deposit facility. The brackets: stainless steel. The hardware: stainless steel. The housing: not stainless steel but probably cast aluminum so who cares it's still not going to rust. The brackets are thick. Not thicker than a Snicker, but still thicker than that bowl of oatmeal that you put in the fridge last week and forgot about. If you smoke a deer at 70MPH, have no doubt, the breakers are gonna be wrecked. You thought I was going to say they would be fine, but that's unreasonable and you know it.I turned this thing on during the daytime once and the sun put on a pair of lightbarglasses. It's that bright. Pregnant women should not look at this lightbar, unless they want their child to be born blind. A deer ran out in front of me and it was like I was looking at an x-ray of it but after it fell over dead, I realized it had actually vaporized all the flesh on that side of its body.If you choose to buy this, buy it with the knowledge that with great power comes great responsibility. 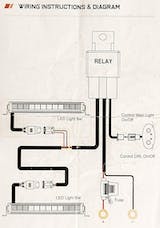 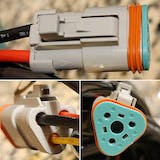 Review: Nilight 19 Inch LED Light Bar DRL 150W 15500LM Anti-Glare Flood Spot Offroad LED Driving Light IP68 w/ 16AWG DT Connector Wiring Harness for Pickup Truck SUV ATV UTV Boat 4x4 Jeep, 5 Years WarrantyThis Nilight LED Light Bar is high quality and super bright! I mounted this on the front of my Polaris Ranger and it was an easy job. I actually got this one and the 30” which I mounted on top of the cab. The wires were long enough to be run under the “dash” but there really is no firewall on a Ranger so that’s what made the installation so easy. I did not use the supplied switch because I have an eight gang that I’m using for all my accessories. The light looks great mounted on my front bumper/push guard. Mounting the light itself went relatively well and I hid the wires for a clean look. They look awesome! Recommended

This is a very nice lightbar. Installation was easy. It came with a quality wiring harness and installation hardware. It is great value for the money. The brightness of the lightbar is truly exceptional also. Couldn't be happier riding trails at night now.

L
Leanna Bauch
The light itself is Amazing!!

The actual light is top notch!! extremely bright and has a one off style. Love the running light feature, gives a really aggressive look. Only complaint is the supplied wiring harness unless your battery is right next to your fire wall or where ever you are going to be mounting the light be prepared to have to cut and splice in extra wire. defiantly could have used more length. That being said the quick disconnects did come in handy for routing.

It’s nice to see one of the formerly new names to the sea of LED off-road lighting brands rise to the top. Nilight has definitely kicked it into high-gear with their PRO line. These are solid units and the advertised watt ratings and lumen output are very accurate. This double-stacked 19” bar is an excellent addition to my Gator’s front lighting setup. Installation was a breeze and the engineered optics definitely reduce glare. I am very impressed!

I have a Rugged Ridge bar of the same size I paid about 50$ more for and this bar is of equal in brightness and setup. The only difference between these and the Rugged Ridge light I have comes with a cover and a actual rocker switch. This one came with a button type switch which I will be replacing with a rocker. Very good product and has a sleek look to the glass.