The main light is a 10° super spot light, shoots a long distance at 1135.1FT Feet. But it also still has some output for closer distance lighting

Lights are built-in EMC for EMI/RFI protection, limit the generation of EMI/RFI interference, and resolve the issues of radio interference and flickering. Super bright lights! Love the lights but the mounts that come with these are trash IMO. Cheap stamped steel. I tossed them and made my own brackets, then finished them by powder coating them.Definitely durable, bright, useful, and look great!My Jeep is all black so the contrast in color fromThe light to the mount was a big deal besides the cheap material. I fixed that and now these are perfect!

These lights were an incredible addition to the humvee and offered a great way to widen the angle on the same brand main light bar. I was able to mount these pivoted away from the front of the vehicle at approximately 30 degrees to get better coverage while riding trails or through the pasture. Very well made, easy to use, and very easy to wire. This company makes incredible products and has done an outstanding job with these.

U
Ursula Mokwena
They sent me a return item.

I was sent a return, which in itself doesn't bother me but the protective film was removed and it has minor scratches that I tried to get a picture of. It's not a major issue but let's face it , nobody likes that to happen. With that out of the way , these have the same quality as the other pod lights and light bars from this company that I have reviewed and own. I think we have 7 total. Good hardware, bright, well made, you get the point. It's ok stainless steel, the round magnet in the pic provided stuck to the mounting bracket is one I keep around to test such things. It does stick, but not much, if it were, for example average steel, this magnet will mash a finger. It's strong, so the stainless must have some impurities for it to stick. Usually I give 5 stars to their lights but the scratches ticked me off. This is for my wife's jeep and she will notice. 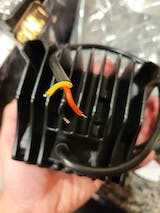 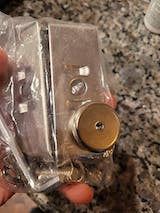 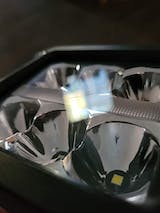 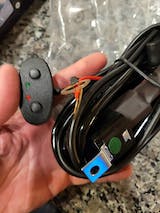 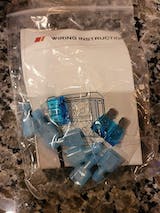 These lights are solid, heavy, and built to last. They are also very bright; I tried to get photos of it at night, but they're so bright, it kept washing out the photos!They mount up really nicely (we had to get a mounting bracket for our 4Runner) and these fit right on perfectly.They're beams, so you can aim them nicely. We will be using them as ditch lights on the front sides of our 4Runner for four-wheeling at night, or when we're overlanding and come into a campground late after sunset.The wiring harness with relay is included, which is really nice. I've bought lights before that cost way more that didn't come with the harness.The daytime running light feature is also really nice and looks great on these lights. 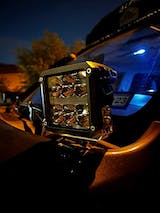 B
Baylee McClure
Now I just need to decide

Where to mount them. I have quite a few location options to choose from. I have a roof rack on my truck cab and an awning attached to it. These would be great scene lights and I would only need to use one per side. Or these would be great wired into the reverse lights mounted on the top of my cap. Or work lights back there. On a bumper, under a bumper. The proverbial Ditch Light comes to mind. But a couple of these mounted up top instead of a light bar would be cool too.I may be opting for scene lights for now, then maybe move them to the ditch position later.The construction seems well, and the wiring is decent sized. They are not cheesy lightweight lights. The mounting hardware is standard stuff. Maybe I'll upgrade to stainless. I am going to wire them into a controlled system. It's just the regular wiring. I'm going to add quick disconnects (like I always do to all my lights) so I move them if needed.These are great, and plenty bright enough. Great color too. I still prefer this white light on the trails over yellow so they are great for that.You could mount these on anything too. If it has a 12v power source, you're in business.

I
Isabel McLaughlin
Works well for my setup

Using these Nilight lights with a set of MWNYO Light Mount Brackets. The lights have a DRL function, which is nice to have. Wired it up to the factory Gladiator accessory switches inside.

I will mount on a Jeep Gladiator as "ditch lights". I already have an LED light bar integrated into the aftermarket front bumper. I did not expect this kind of performance from such a small light.The driving light is a rectangular panel in the middle of the light. It doesn't really provide any useful light for the driver, but does help others to see the vehicle. But the main light is another story. Even with one sitting on my workbench, I could feel the heat coming off the light if I held my hand near it.I did bench test the lights. They claim 60 Watts per light, actual was 63 Watts. The driving light only consumed 1.3 Watts. You can operate either, or both lights. A nice wiring harness was included, along with mounting hardware that appears to be stainless steel.The night time test I performed was in my backyard, after dark. No other light sources. The first picture barely shows an outline of the tree beside the shed. The next picture is with ONE light illuminated. Very impressive indeed. I have purchased cheap LED lights from an auction website, and that's exactly what I got. These are fairly priced for what they provide, and it even includes a 5 year warranty. If you want quality lights, buy these. 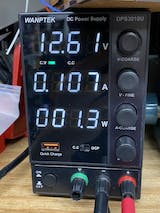 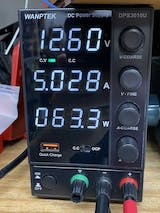 P
Philip Hunt
Could Have Been Perfect

Okay, let's do away with the awesomeness of this product. If you want bright LED lights, and others have wrote and said this, this is BRIGHT--as in no joke, holy cow. This gave me a headache while testing it. I had to cover my eyes with my hands at night when trying to adjust its shooting direction. This will be highly illegal to use when you're not on the trails--except for the DRLs of course, speaking of which, they are super cool and matches our Jeep's side fender DRLs. This is be the only feature of this product that I will more likely often use, unless I'm on a trail and had to use the main lights. Other than that, I could just use the main ones just to show off to my friends (while not driving of course).The product came with everything you 'basically' need for installation--especially with a wiring harness kit and mounts. It also had some separate wire connectors and some 2 spare fuses for later. The 2 main lights will come with open wires, I think to leave the user the option of using other connectors not included with this product. However, you can choose to use the included connectors this one has and just extend the cables from the main lights so you don't run short--then use the connectors included with this kit.Now for the things I found lacking. As I mentioned earlier, I installed this on a Jeep Gladiator Rubicon model. This product was listed here on Amazon that can be installed on a Jeep--not specifying the model of Jeep, so I assumed it's fine for any Jeep for as long as it's a... Jeep.The Rubicon Gladiator has its battery tray positioned on the passenger's side and the way the wiring harness of this kit as far as length is concerned is more biased toward vehicles where the battery tray is on the driver's side. With this being said, and with my intent of installing the power switch close to where my steering column is, the 16AWG +/- cable power leads came 4' short to comfortably connect to my batteries. Now this probably wouldn't be an issue for anyone okay installing their power switch closer to the passenger side because you can just reverse the orientation of the wiring harness kit. Or with this reversed orientation and not want to install the power switch on the passenger side, then you'll need to extend the power switch cable in order to be able to run it closer over to the driver side. So in this case, you either DIY extend the battery leads or DIY extend the power switch cables--or in short, These could have been sold with a longer length in the first place.These are awesome though, looks very cool, has bright lights then DRLs. Heat sinks are well coated with paint, nice stainless steel screws and mounts that wouldn't rust easily. Would have been a breeze install if it were not for this battery lead shortage. I also had to add a washer for the mounts to raise the main lights a tad bit so that the end of the bolt holding it wouldn't scratch up my body's paint. But this depends on the cowl light mount you have though and not Nilight Pro's fault. Easy to adjust and easy to operate after install. I just really hope I can swap the lenses into ambers instead of clears. THEN I would give this one 5 stars.

J
Jackson Kanshabe
I wanted more light and got it.

Very bright. Can see plenty far. Might have to add flood lights for different scenarios.

These lights are made well. Instructions are clear and comes with everything needed to install. The light they give off is incredibly bright. Excellent! 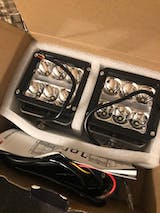 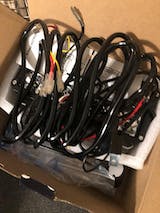