LED chips and circuit boards inside are quality built for stable and bright light output.

To avoid easy scratches and get a nicer outlook, we used a unique black coating finish. High quality to match your vehicle.

All in die-cast aluminum housing, including the backside. Gets better heat dissipation, less possible dead light, and extends a longer lifespan.

The exterior light is completely sealed, plus a double silicon ring seal interior. Lights are IP67 waterproof, be ready for all-weather elements. Reliable Options for You

After installing mine on my Ram ,my friend wanted some to so i ordered some for him and installed it on his Chevy 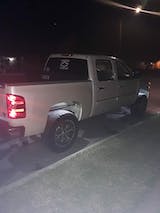 lights only, no switches. I had plans to wire these up my self anyways. I had installed them on a pop up camper using longer wiring to do so and a nilight lightswitch , fuse and relay off of a offroad light wiring kit. Works great for what I needed. 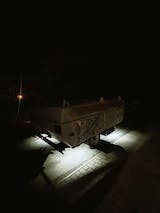 They are plenty bright and work as they should.

Great lights! Super bright. I use two of them as interior lights on my Rmax. They are easy to install. Nilight makes a good quality light in my opinion. I've owned half a dozen of them and never had an issue. 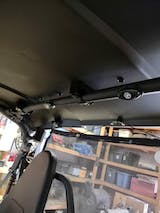 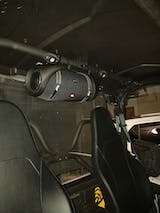 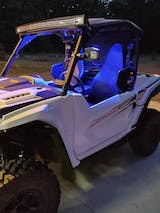 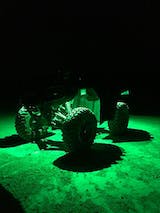 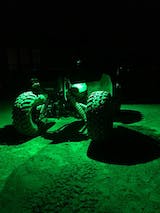 Z
Zackery Stamm
Worth it

Bright lights! Worth every penny 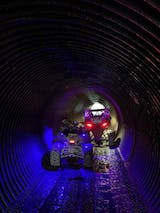 So I'm not to keen on ground lighting, nor do I need them for any "rock crawling" application. I have a 2004 Dodge Ram Cummins, which is not going crawling on any trails. I've been researching functional solutions to add under hood lighting that actually serves it's purpose, rather than the tiny, halogen bulb that has less output than a candle.That being said, I looked into LED strips, then I came across these. The way they throw light would be perfect. I took a gamble on them and they work GREAT in their application. Now I can see when I work under the hood without trying to awkwardly put a light somewhere balanced at the perfect angle, or a flashlight in my mouth.I wired a on/off push button switch to activate them.They seem to have a sturdy construction too them, compact, and the rubber bumper that comes with them is nice for installing. Although, the bumper that came with them is rounded on the bottom, for mounting to a bar...there is no rubber bumper that is flat for mounting on flat surfaces, you would just have to mount the light to the surface, which would be an issue because you would need a hole in the surface for the wire to run through. They should have included a flat version of the rubber mount as well.Luckily for my application, the round ones worked fine since I was mounting them on the corners of sheetmetal radii. But, proof is in the photos, these things are extremely bright. No camera trickery here, shots were taken back to back. Although the shot with them off makes it look like it's still light out, that was the camera tying to capture as much light as possible in the dusk. The photos of them lit up represents the true outside darkness.I can't comment on longevity yet of these but they seem to be sturdy and for me at least, they will be out of the elements. 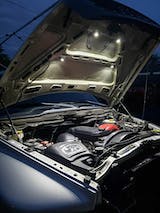 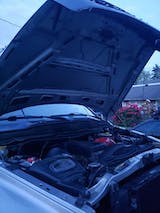 My husband put them on his boat for night fishing. They are not blinding you and you can see everything.

The media could not be loaded.  Love these lights!! Make my golf cart look awesome!!

These lights are bright for their size. We will see if they hold up. 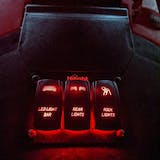 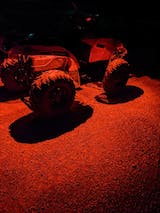